Every Road Leads To Rome 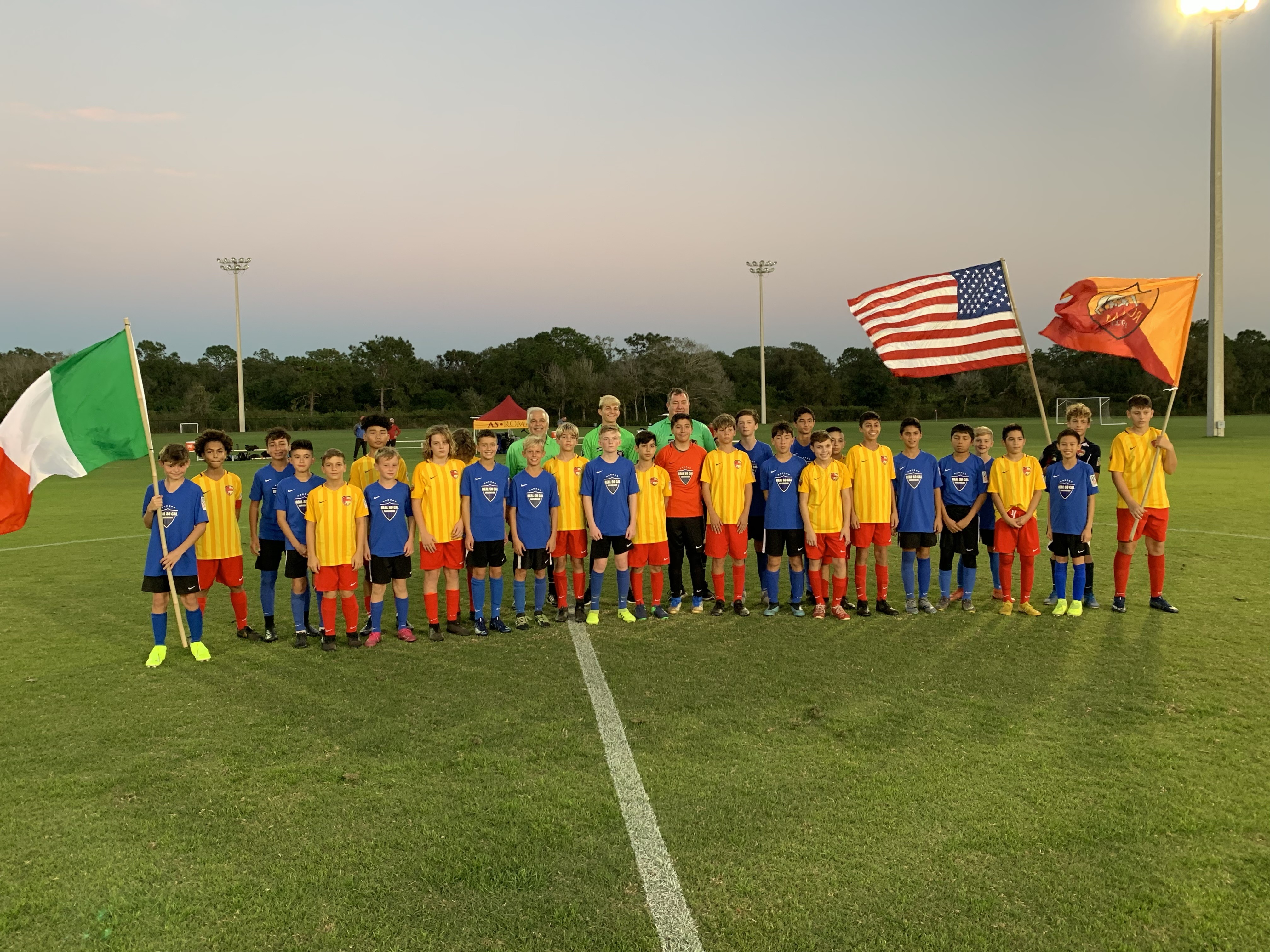 Boys 2007s DA team develop a strong bond while away at the Roma USA showcase in Florida.

Real So Cal's USSDA boys 07s recently returned from a very successful trip in Florida where they were competing in the Roma USA showcase. Knowing that the event was short in duration, with two shortened games on Saturday and one full game on Sunday, the team decided to travel Thursday and add another day on Friday to their trip. This turned out to be a great decision.

We all met at LAX excited for the adventure! Due to losing 3hrs with the time difference we arrived at the hotel at around 7pm on Thursday evening, just enough time to grab a team dinner, get our hotel rooms and get some sleep. For the boys the sleep part was a challenge, as 10pm in Florida was only 7pm in California :)

Friday Jan 3rd - Day of bonding and fun, with an evening game thrown in at the end of the day of course.

Friday morning we all met down in the lobby at 9am for a team breakfast before we headed off to the beautiful Siesta keys beach! The weather was perfect, blue sky’s and 70 degrees :) Yes being california kids we all new what the beach looked like but upon arrival we were all so mesmerized and full of gratitude for the beach we were about to call home for the next few hours. The sand was simply the whitest and softest sand, yet compacted perfectly to create the best sand soccer conditions :) The ocean was way warmer than what we are used to in a California winter day. I stood back during this time and let the boys take the lead, no structure just play, and it was so cool to watch them bond as a team! Our time on the beach was full of smiles and fun both in the ocean and on the sand :) There is never a truer statement than "time goes by fast when your having fun", and that showed up as at the blink of an eye it seemed like our time at the beach was over. We cleaned off, headed back to the vans and made our way back to the hotel and walked the 500 yards to Fresh Kitchen Finally a fast food joint which serves great tasting and healthy food that will fuel your body not drain it. The importance of eating healthy is always dropped into the conversation :)  After our late lunch the boys got some time to rest before heading to the field. We were playing at the Premier sports campus, Lakewood Ranch. Home of Chargers SC  The fields did not disappoint, they were simply immaculate and impossible to find any fault with them. The boys were excited to play on what would probably be the best surface of the year! Now as for the game, honestly my expectations as coach were not high, and my reasons were simple. This was going to be our first time back kicking a ball after the winter break, we had spent the day giving the beach our effort and energy, we we still getting to grips with the 3hr time difference. That said, i was pleasantly surprised, in an entertaining game the boys showed great desire to compete and courage to play attractive soccer! The game finished 2-1 chargers but on this day we were not losers, I could see the boys coming together, beginning to trust each other, bond and become one. The friendly game we had arranged was the perfect preparation for the tournament, I was very excited to see what the boys could do over the weekend. On the way back from the field we stopped for a team dinner, parents as well. Back at the hotel it was fun times for the boys before the 10:30pm lights out. Back at the hotel we seemed to have our own private pool for the night, Twelve year old boys don’t need rest, they spent the next hour before bed playing all sorts of games in the pool, while the parents hanged poolside enjoying each others company, it was good to see the team as a group naturally create a togetherness which very few teams have.

The team was again together, this time for a slightly earlier breakfast at 8:30am. The hotel had a small pond outside and as you may of guessed, being Florida, a couple of baby Alligators had made this pond there home! Hence the 9:00am team meeting to discuss and review our tactics, formations, sets and individual/collective roles, was a little late starting, but the adventure and excitement of seeing the Alligators was much more important :) 9:30am to the vans and to the field!

During our short stay I must say the Florida weather did not disappoint and Saturday was the day of the rain! The forecast stated that Rain was on its way but we might get lucky as it was due to begin around the time our first game (10:30am KO) was finishing. It seemed like the weather gods were looking out for us until around the middle of the 2nd half and then the heavens opened and the rain came down :) However the boys were in the zone and the rain only added to their enjoyment. We all know what happens when we get rain is So Cal, the fields get closed, not here in Florida. The game was very close throughout, we are a small team and rely on our quick minds, quick feet and good technique to be successful. When we play against bigger stronger opposition it is always a tough challenge, this was one of those games, the opposition were a little bigger and more physical, but we were a little better on the ball. Coming from a goal down we showed great character and tied the game up in the 2nd half. The goal gave us a lift and we pushed for the winner, but could not grab it, the game finished 1-1. Overall we were all happy with the performance! Now for the next battle, grabbing our bags and getting out of the rain. Behind the scenes our management crew had the insight to order sandwiches and bring them to the field, so the boys jumped in the vans and we turned the heating on and eat lunch, keeping out of the torrential rain!

Game number two was a 1:30 KO and at 1pm there was little sign of any break in what was a LOT of rain :) We decided to leave the warm up to the minimum, and jumped out of the vans at 1:15pm making our way to the fields for a 1:30pm KO, now some may think that this was poor preparation and i would agree, but i also think warm ups can be a little overrated, and this proved to be the case! The game kicked off and i have never seen such dominance from the boys from the 1st minute to the 60th minute. Focus, desire, confidence, soccer IQ, collective passing, knowing there individual and collective roles, speed of decisions, 1-touch, 2-touch, dribbling, defending!! You name it, it was on show!  The boys played the best soccer I have seen all year and the game finished 6-0, against a team that had ability and could play, but had no answer on the day against us! Oh, did i also tell you that five minutes into the game the rain stopped and the wind died, presenting the perfect soccer weather. The fields seem to have some magical powers when it came to drainage as there was not a puddle in site and the surface was slick and smooth, allowing the ball to flow around the pitch at a fast pace, the conditions for that game simply could not have been better, and the players took advantage, well done boys!

After a great deal of effort from our manager, we managed to find a restaurant which could accommodate the team and its entourage, around 40+! We all went back to the hotel, showed and met in the lobby to go to dinner. Again with no structure we created a table for the boys and just allowed them time to connect with each other. It was so rewarding to see them all sharing time with one another and all getting along so well, something special was happening and stronger relationships were forming, which no doubt would carry over on the field!

The evening ended with more pool time at the hotel, you can never get enough time in the pool LOL :)

This was the day of last, last 8:30am Breakfast, last van drive, last game…….you know what i mean. Funny thing was we was not thinking like that at all, we were just in the moment of each moment and enjoying it very much :)

The game was a 10:30am KO, our opponents had posted some good results, we new it would be a tough challenge, but the boys were in the perfect place. No motivation was needed, the team talk was about consistency, it was about what success is really about, those that show up as the best version of themselves on a consistent basis are successful! The referee blew his whistle and the boys simply began where they left off on Saturday. The parents and myself were entertained over a full game, it was a pleasure to see them all in full flow. We won the game 3-0 and while it is always nice to win games, it taste so much better when you have entertained the crowd doing it :)

With the 6:45pm flight home drawing closer the trip was still not over as yet, after one last shower and checking out of the hotel, then one last lunch we jumped in the vans to make our way to the hotel stopping on the way at the Manatee viewing center. The boys got a chance to see some more wildlife before leaving one beautiful place to arrive back to amazing Southern California, the hot bed of soccer which we are truly blessed to be part of! While there’re no awards given at the showcase, the boys finished 2nd overall in the table for the tournament and represented Real So consistently demonstrating our core values through their actions, both on and off the field! I would like to personally thank the club, the parents and the players for such an experience. 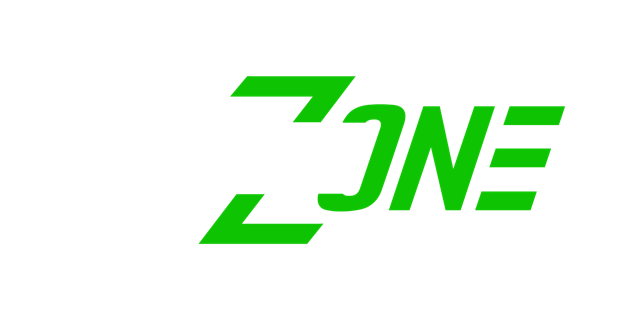